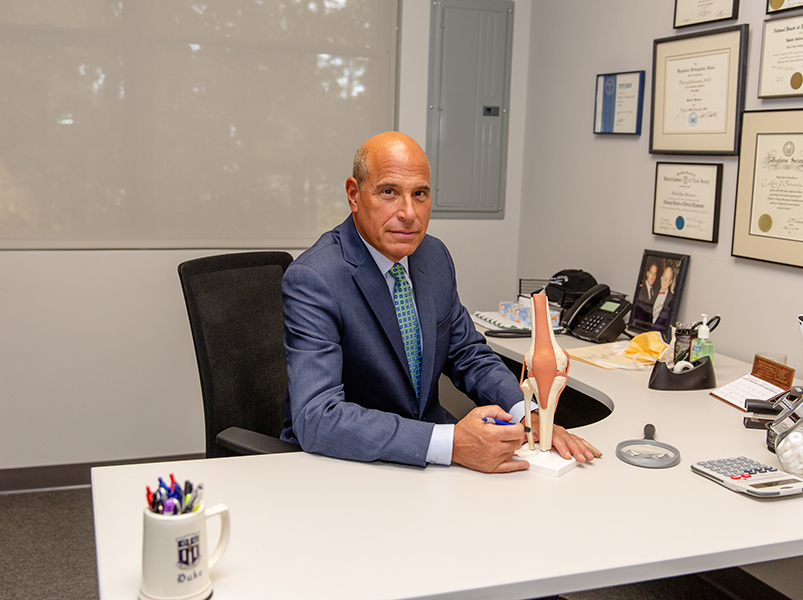 Dr. Schwartz is Co-director of Virtua Health’s Sports Medicine Program. In addition, Dr. Schwartz is both the Chief of Orthopaedics and the Chairman of the Department of Surgery at Virtua Memorial Hospital of Burlington County.

From 2016-2022, Dr. Schwartz has been selected as a Top Doctor by “NJ Top Docs”, Castle Connolly, and South Jersey Magazine. In addition, he received Vitals Compassionate Doctor Award from 2013-2021. Philadelphia Magazine has repeatedly recognized Dr. Schwartz as a “Top Doc” for 2018-2022. He has had numerous radio appearances on WIP sports and television appearances on NBC Comcast Sports serving as an orthopaedic consultant to discuss various sports injuries that have occurred in the world of professional Philadelphia sports. Dr. Schwartz’s interests not only include sports medicine and arthroscopic surgery, but general orthopaedics as well.

Contact us to schedule an appointment with Dr. Mark G. Schwartz.